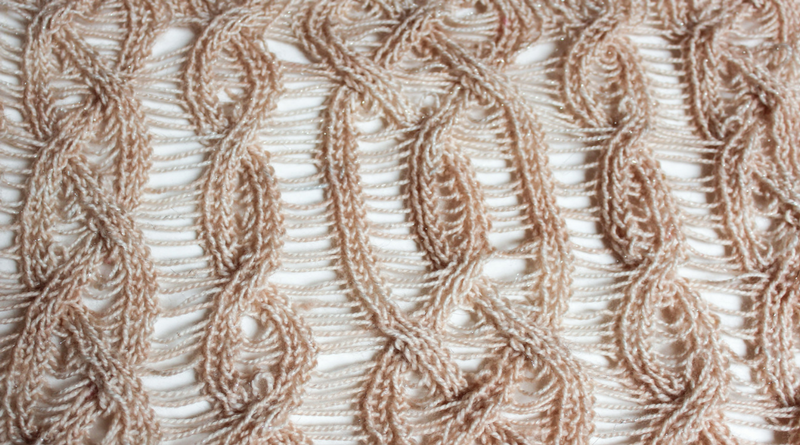 Welcome to this week’s WIP Wednesday! This week I’m sharing my progress on the Heroic Unicorn shawl with you and talk about slipped stitches in combination with cables. (The background of the Unicorn Knits project will be unveiled next week – just a little heads up.)

The idea for the Heroic Unicorn shawl knitting pattern was born years ago when I stumbled across the Jeanie pattern in the Winter 2007 edition of Knitty Magazine. The pattern combines reversible cables with slipped stitches, turning the usually heavy texture of reversible cables into a lightweight texture suitable for shawls. Ten years later, still nobody has taken up the idea to create more and different varieties of this stunning shawl stitch pattern.

The main idea is to make stitches between each cable, and dropping them as soon as the next cable crossing is reached. Simple enough, but the result is just awesome.

Paired with reversible cables, it is possible to create shawls that look good from both sides.Reversible cables are created by using (ktbl, p1, k1, ptbl) repeats instead of normal (k4) ones.

The picture shown below illustrates a reversible cable stitch pattern (legend see below). The whole trick is to create a new stitch which then will be unraveled as soon as the cable is crossed again, as shown in the chart above.

The result looks as shown below.