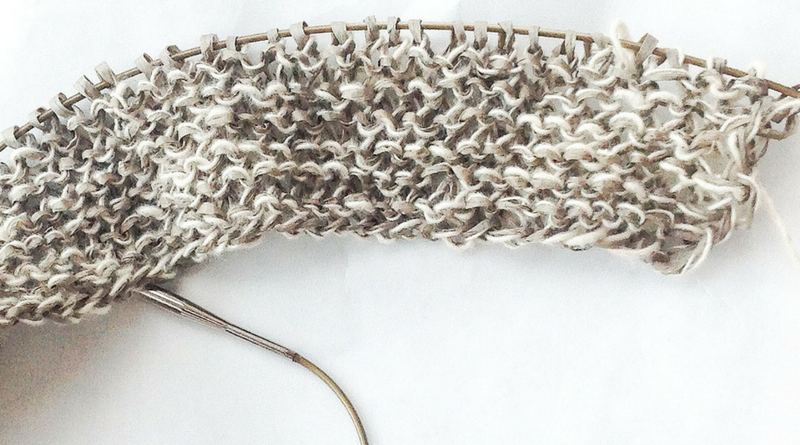 All knitters seems to have their favorite cast on method – usually the first one they learned – and tend to stick to it. My favorite knitting cast on method is also the most commonly used one: The long tail cast on.

The long tail cast on is one of the most common cast-on methods because it’s extremely versatile. While it helps create an even edge, which can sometimes be difficult to create with the single cast-on method (see below), it’s also a great cast on method to use on projects in which you may want a fairly elastic edging. You can find lots of tutorials on how to do a long tail cast on on YouTube.

Annoying! However, if you use too much yarn, you could end up wasting quite a bit that could be useful later on in your project eventually.

The single cast on method, also known as the backwards loop method, is very popular among beginning knitters. It’s easy to learn, easy to teach, and can be done quite quickly. There are a lot of video tutorials on the single cast on on YouTube.

It has got a drawback though: it can make knitting your first row very difficult, as it’s hard to keep an even tension. The little back loops are just difficult to catch evenly.

The provisional cast on gets used a lot in my patterns, especially when shawls are started with a small part of the neck band and picked up stitches.

I usually do my provisional cast on as follows: I long tail cast on with waste yarn, work the first row with waste yarn and change to the working yarn from there. I use it because I find it very convenient.

Alternatively, I have been using crochet cast on: chain crochet the number of stitches plus two or three additional chain loops, then pick up and knit with working yarn from the chain loops.

Normal vs. Provisional Cast On

Theoretically you can do a normal cast on instead of a provisional one. The cast on edge in the finished item might be visible though, especially when dealing with wider edges.

When working smaller edges, you can do without – just cast on normally, with a long tail cast on for instance, and pick up the few stitches from the cast on edge – it’s barely noticeable as there are so few stitches and this part of the neckband is not shown prominently.

What’s your favorite cast on method – and why? Let me know by leaving a comment below! 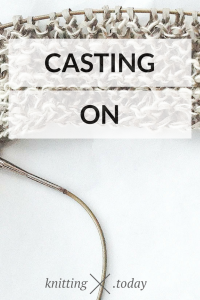