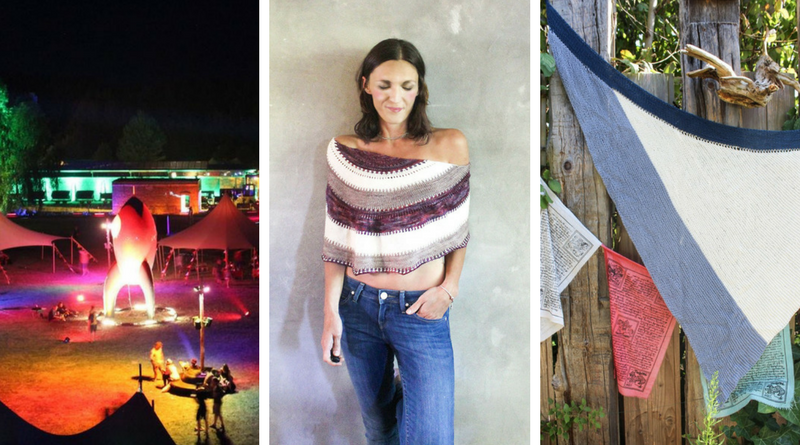 I’m still moving old content from my former website jriede.com over here, and today I stumbled upon a post from August 2015, New Shawl Patterns in the Making.

Looking back it seems like it’s been more than a decade since then, but we all know time is relative. It’s not even been two years in fact, but my life has changed drastically towards the positive since then.

Get the DeLorean ready, here comes this year’s first time machine blog post, taking us two years into the past!

One of Pat Flynn‘s recent podcasts (SPI #249: Pivoting: How, When, & Why to Do It with Jenny Blake) focused on pivoting, and August 2015 was clearly a pivoting point for me.

Back then, I had just received my acceptance letter from University of Regensburg (Med School? Me? For real?!) and Shawl Design in Plain English (SDIPE) was just about to take off.

Designing the Phoebe pattern was part of the creation process of the second edition of SDIPE, and back then I shared some progress pictures of it – together with pictures of Color Blocking I, also just freshly bound off just hours earlier.

New Shawl Patterns in the Making was primarily about these two shawls. The picture above is clearly a time machine item for me. Last month (February 2017), Steve finally moved from Braunschweig to Bavaria. These Tibetian flags – the picture is from his garden, taken in 2015, as mentioned – looked quite faded already when I looked at them last month when we moved the last few items out of the house in the van we rent for his relocation.

Needless to say how big it was – and how beautiful, especially at night. Fans of Douglas Adam’s Hitchhiker’s Guide to the Galaxy might recognize the Heart of Gold in the picture above. It’s a “spacecraft” made out of plastic, present at every event of the Chaos Computer Club (I’m a member since 1999).

Back in August 2015 I was really scared of all the unknown things ahead of me. I had no idea how I would cope with Med School in a complete new environment, not to mention that I still had only barely an idea about how to finance the whole thing back then.

Lesson learned: Don’t worry too much about the future, you’ll be fine somehow! <3